Ask any of my family or friends, and they will tell you that I have been petrified of snakes all my life. I’ve suffered with nightmares about snakes since I was around four.

A few months ago, Art Mania started a regular group art session at the Hunter Wetlands. I am a regular member of this group, and on learning that among the other wild-life, they have snakes, made me start to consider the possibility that I could overcome my fear, if I just touched a snake. A snake who is used to being man handled, and woman and child handled. The more I thought of the idea, the more I came to believe that it could help. All of these thoughts were just that, thoughts. An exercise in positive thought and creative possibilities. I don’t believe I actually intended to touch a snake. Rather, I did not at any stage believe that I would go through with the event if it ever occurred.

So given all of the above, imagine my own surprise when, around ten days before Christmas, I found myself touching a snake. I had to get pictures, because I knew nobody would believe me without them. This is what happened and how that encounter changed my life. I’d arrived at the wetlands one morning and found a woman standing out the front of the entrance holding a snake. As I approached where she was standing, she asked if I would like to touch him. I’d always believed that if and when this moment arrived I would run screaming in the opposite direction. What I actually found myself doing was walking up to them and saying yes. His name is Kenny and he is a Children’s python. This does not mean he prefers to dine on children, but that the scientist who discovered his breed, was named Children. Kenny is eighteen months old and is a metre and a half long and around the circumference of a twenty cent coin.

I knew the belief that snakes are slimy is a myth, but I didn’t expect him to feel so soft. I stroked him with a couple of fingers at first and he allowed me to touch his head. My fear was gone, I was completely in the moment, totally focused on Kenny. His tongue on my skin was like butterfly wings. His skin like satin. Even to the point that on first contact, he felt cold like satin, but soon warmed to the heat of my skin. He moved across my hand and wrapped himself around my wrist a couple of times, just like a bracelet. At one point he was about my wrist with around thirty centimetres hanging upside-down and checking out Aimee. Aimee who stood calmly while Kenny investigated. I could have stayed there with him forever. The touch of him was like falling into a deep pool of clear and calm water. My heart actually slowed, rather than increasing from fear. Even after he’d been taken away to impress other visitors, I could still feel him around my wrist, feel him gliding along my arm. The most amazing thing was that he broke something open in me. Some blockage I wasn’t even aware of, to my creativity. I knew I had to sculpt him and put that piece into my exhibition at the wetlands in March.

I’ve met him once since that first day. He was brought down to the room where we all create our art, so I could remind myself of what he looked and felt like. This time he slid across my arms, across my shoulders. At one point, his head and upper body was snuggled along my arm, where it formed a hollow against my ribs. He was snuggling, enjoying the warmth of my body. Kenny the Childrens python lives behind the first viewing window, when you first walk into the entrance of the Wetlands. He’s not easy to find however, because he is nocturnal, but if you’re lucky, he’ll poke his little head out to check out who you are and to make sure he doesn’t miss anything.

Meeting Kenny has been one of the most magical experiences of my life.

I still wouldn’t want to encounter a snake out in the wild, but he has most definitely changed my attitude. Even more incredible, I’ve been told that any time I want to work on my sculpture, one of the snake handlers can bring him down for me. He apparently loves to pose for photos, so will be quite happy being immortalised in art. I want to say thank you to everyone at the Wetlands Centre for their support. For making it possible for myself and other students to get to know and be up and close with the wildlife.

Being able to create in such a beautiful, positive environment is nourishing my soul and my creativity.

Having the chance to exhibit the resulting work, is something special and I feel honoured to be given this chance. 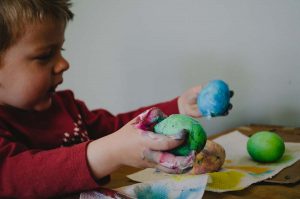